Councillors have been asked to reject plans for 30 affordable homes in the west of Aberdeen. 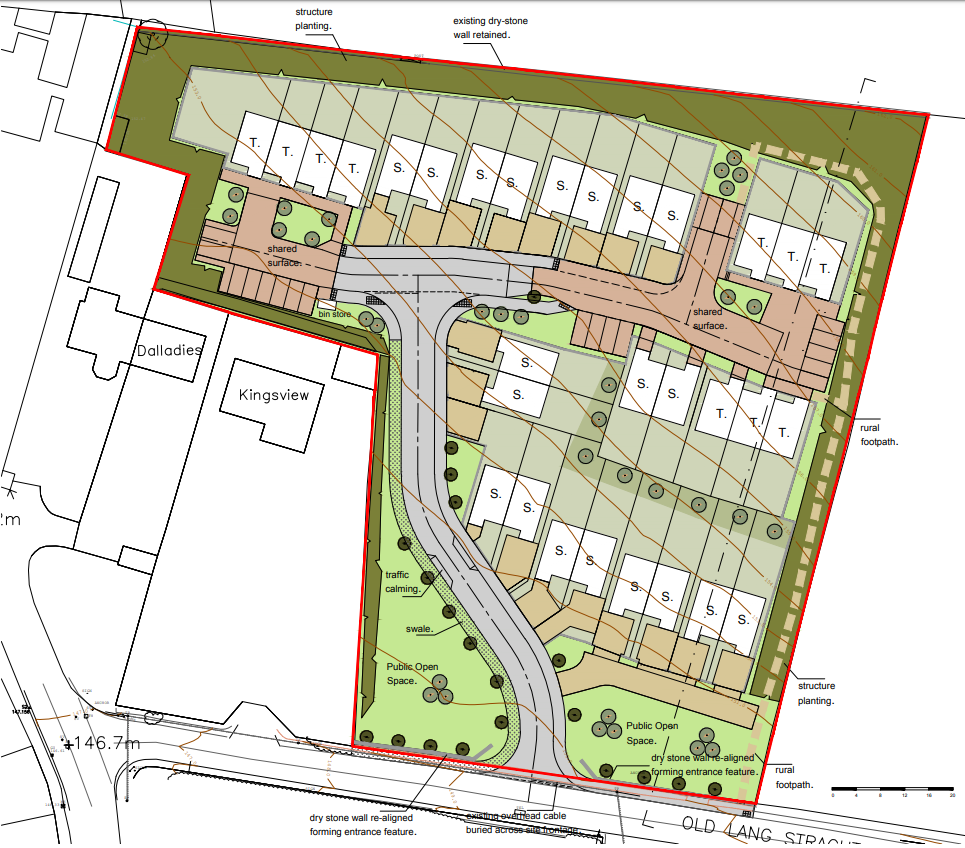 LAR Housing Trust teamed up with Carnoustie Links Development Ltd to lodge plans to build the three-bedroomed terraced and semi-detached houses at Sunnyfield, to the east of Kingswells.

An access road and public open space were also proposed.

Aberdeen City Council’s planning committee will meet on Thursday to discuss the proposals, with planning officers recommending that the application is rejected.

According to The Press & Journal, officers wrote that the homes would be built on green belt land meaning a “significant departure” from the council’s own guidelines.

The report states: “The proposal would serve to erode the area of green belt between Kingswells and the Lang Stracht and would set an undesirable precedent for the development of areas between existing settlements.”

Plans to build a 21-bedroom care home near Craigden have also been recommended for refusals.

Planning officers said developer Rubislaw Estate Ltd’s plan would result in an “unacceptable impact” on the privacy of local residents and lead to the loss of “valued green open space and trees”.

The report added: “It would create a tension between trees and future residents that is likely to result in the loss of further trees in the future.”

Plans to build six flats on Bedford Road, forwarded by George Taylor ASA, have been recommended for approval by the local authority.