The Accounts Commission and the Auditor General are to undertake an audit into the provision of affordable housing in Scotland. 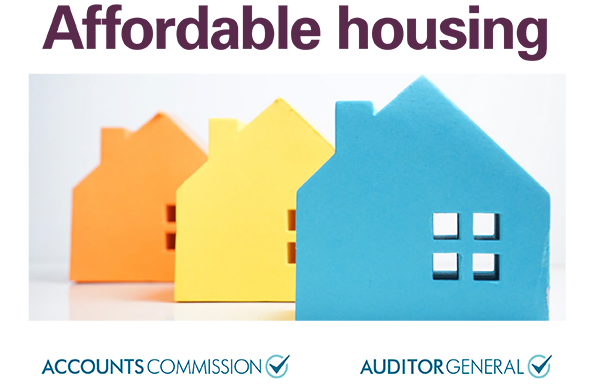 Set to report next year, the audit will report progress against the Scottish Government’s affordable housing target to date, consider what impact it has had and identify opportunities for improvement in delivering affordable housing in the longer term.

The 2013 Housing in Scotland report by the two bodies found that the supply of housing was not meeting current need. It found that councils have an important role but have few direct powers and funding arrangements are complicated and hard to track. The report also called on the Scottish Government and councils to show effective leadership so that housing is well planned and linked to other policy areas.

The Accounts Commission said an investment in housing could have a positive impact on the Scottish Government’s overall objectives of inclusive growth and closing the disadvantage gap and other locally identified priorities.

But its 2013 report identified that:

The specific questions to be asked in this audit are:

Within these two questions the auditors will examine the key roles that councils play in ensuring a supply of affordable housing in their areas.

Although the audit will consider the impact that the affordable housing target has had on homelessness it will not be a core focus of the audit. This is because there is significant scrutiny work ongoing by the parliament, the Scottish Government, the Scottish Housing Regulator and Shelter Scotland around homelessness.

Similarly, although it will consider whether the housing being delivered is fit for purpose with an ageing population, the report will not be considering in detail housing and support services for older people. The Accounts Commission and the Auditor General have committed to a further audit on this in 2021/22.

Auditors will gather evidence using a range of methods, including:

The fieldwork for the audit is planned to be carried out in the summer of 2019 and with the final report published in spring 2020.