A tenant at an Armadale retirement development has paid a proud tribute to her heroic grandmother who died while saving a young child’s life exactly 100 years ago.

Marion McAdam, a tenant at Bield’s Ochilview Court, is the last remaining relative of Elizabeth Kerr who achieved local fame in 1919 when she came to rescue a three-year-old girl.

On the day of the accident, Elizabeth, who was a local midwife, was in a shop on Armadale’s Main Street when she noticed a little girl stepping onto the road as a car was approaching. Elizabeth instinctively ran from the shop and pushed the girl out of the car’s path but tragically, was killed herself.

A remembrance service was conducted at the memorial on the 100th anniversary, where local residents, school children and council members were present.

To honour Mrs Kerr’s bravery, the close-knit mining community collected money to pay for a memorial which stands proudly at Armadale Cross. A grant was also received from the Carnegie Trust to mark the act of selfless heroism.

Marion, 89, said: “I wanted to do something to celebrate the occasion as it has been 100 years since the accident.

“My gran was a very popular and brave woman. When she saved that three-year-old girl’s life, she became a hero amongst the community. 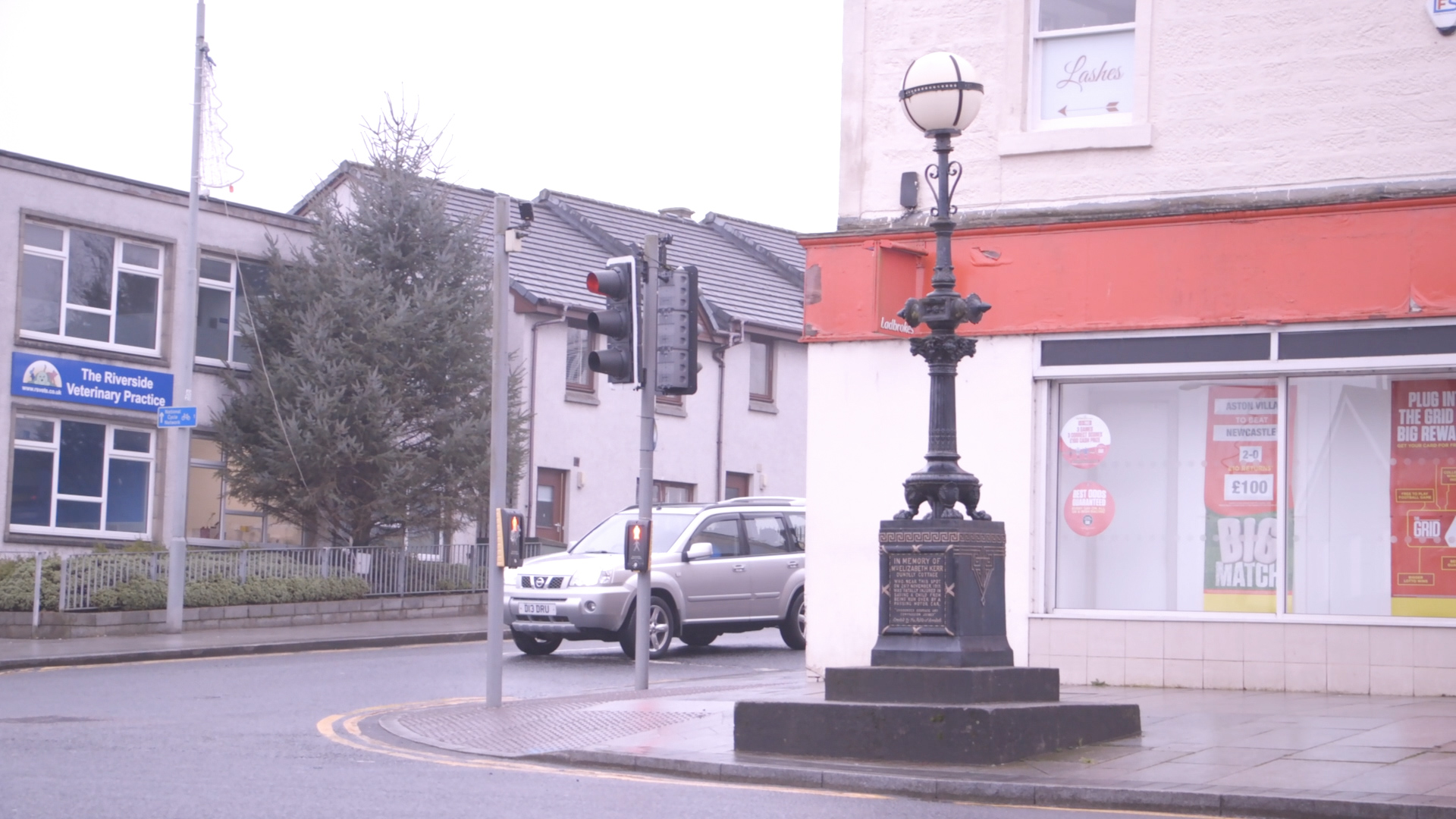 “It actually wasn’t the first time she saved a life. She helped the local doctors to nurse my dad back to health after he had been in a coma for two weeks.

“My dad said thank you doctor to which they replied, don’t thank me, thank your mother.

“When I pass the memorial, I always go and put a little flower down and read the words on the lamppost again. 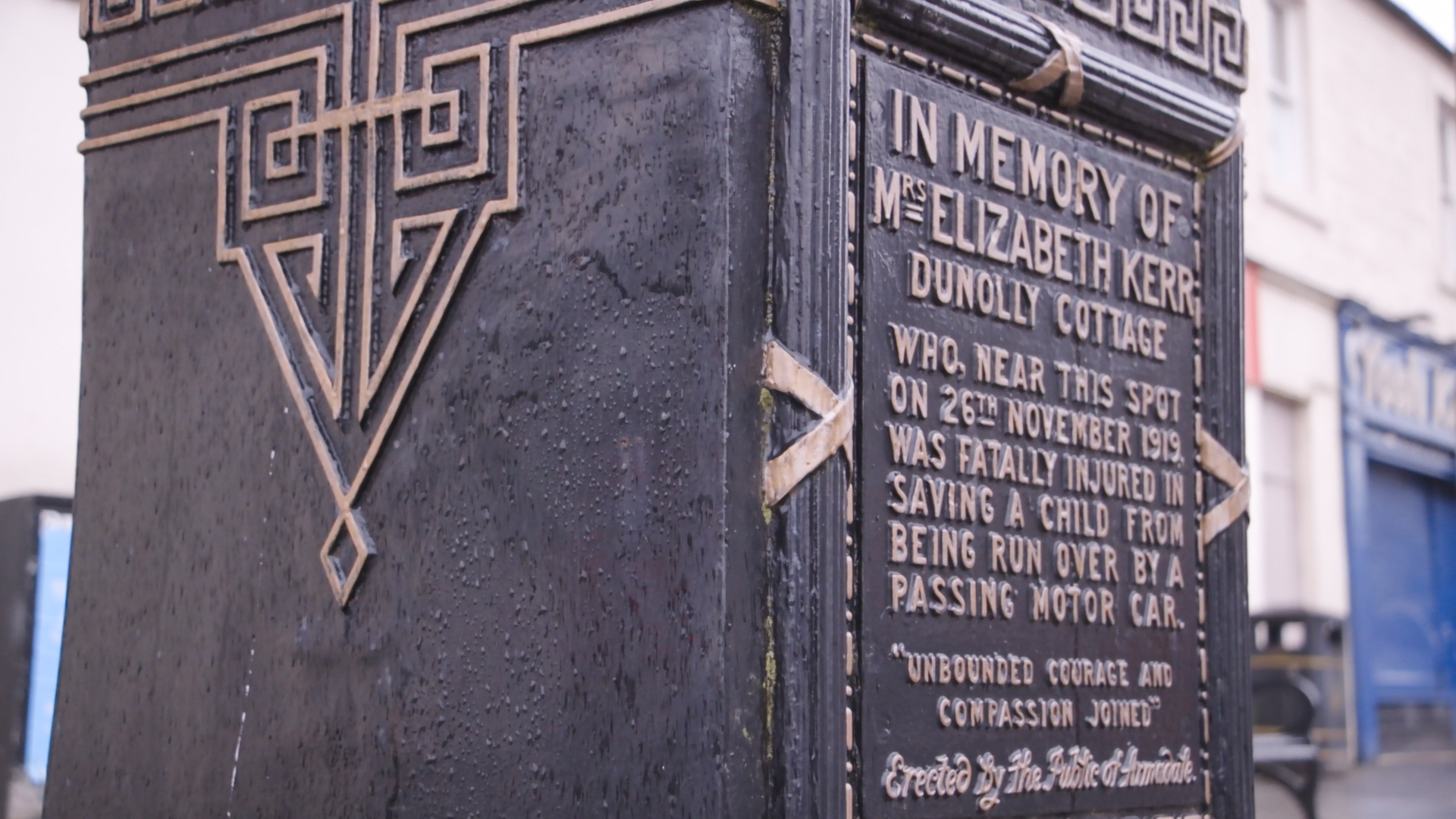 “She was a real inspiration and I am glad we marked the occasion with a lovely celebration.”

The inscription on the memorial reads: In memory of Mrs Elizabeth Kerr, who near this spot on November 29 1919 was fatally injured while saving a child from being over by a passing motor car. Unbounded courage and compassion joined. 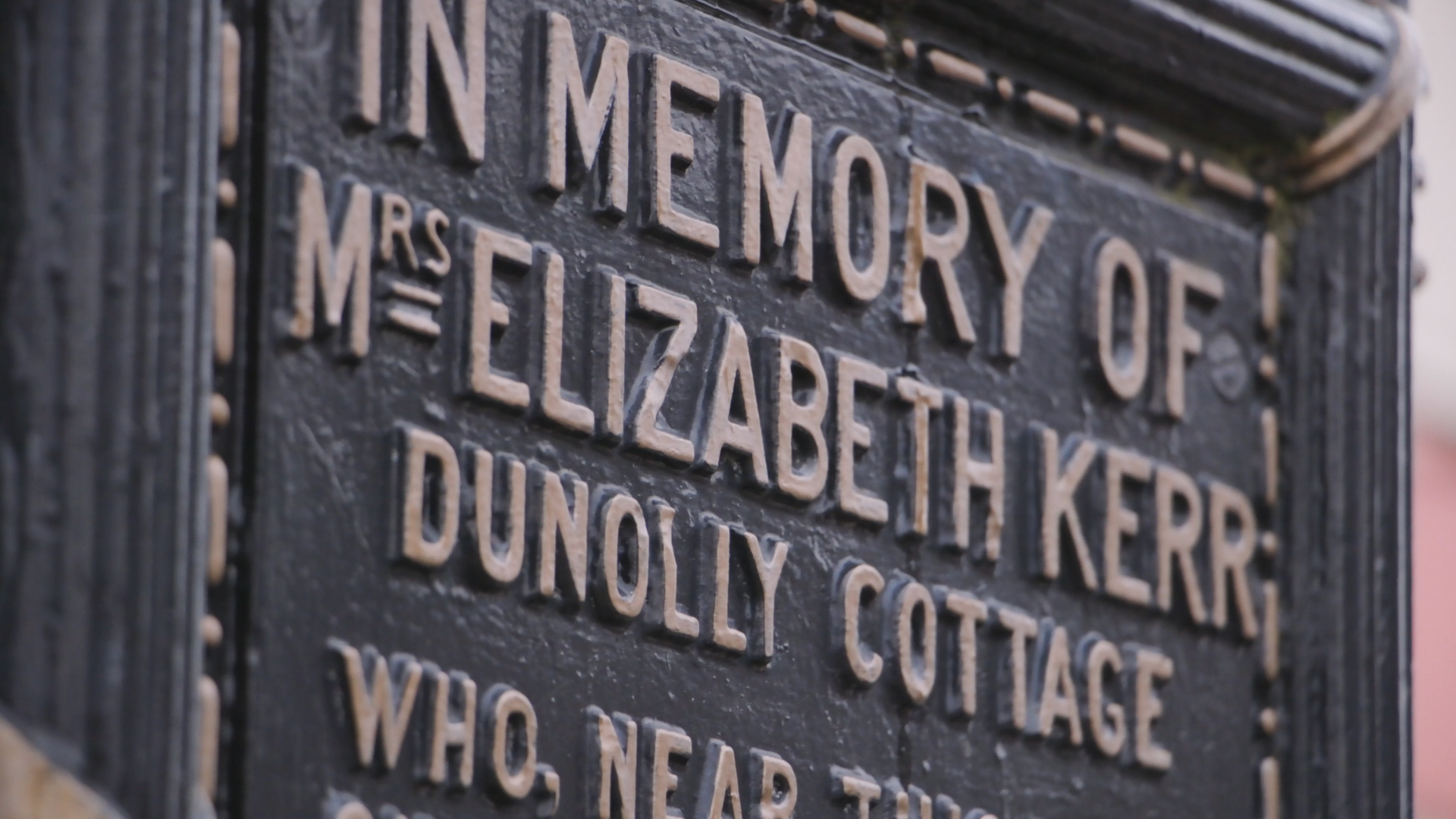 Mabelanne Fraser, retirement housing manager at Bield, said: “It’s great to see the local community coming together 100 years after the accident to commemorate the day and to celebrate Elizabeth’s life.

“We know how much this means to Marion and it is lovely to see her sharing her memories and stories with the younger generation.

“The local people created a real sense of community and we know that Elizabeth will continue to live on as a heroic, Armadale resident.”