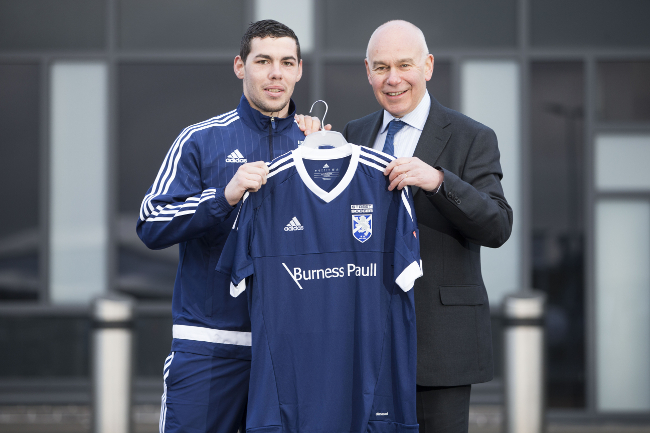 Scottish law firm Burness Paull has announced it is the official sponsor of Team Scotland at this year’s Homeless World Cup.

Along with Royal Bank of Scotland, Edinburgh Airport and Scotch Beef, the firm is backing both the men’s and women’s teams at the international event, which is being held from the 10th of July to the 16th of July in Glasgow’s George Square. Over 500 players will take part, with 64 teams representing 51 countries.

Burness Paull will also continue to support Street Soccer Scotland - the social enterprise that selects, coaches and mentors Team Scotland at the Homeless World Cup – for its programme that runs hundreds of football programmes across the country attracting thousands of vulnerable young people and adults fifty two weeks of the year.

David Duke, founder of Street Soccer Scotland said: “Every day we work with vulnerable young people and adults across Scotland and we know that what we do has a very positive impact on their lives.

“The Scottish business community has been very supportive of our work over the years but I’m particularly delighted that RBS, Edinburgh Airport, Scotch Beef and Burness Paull are getting right behind Team Scotland’s attempt on winning the Homeless World Cup right here on our home patch.

“It is also very important that they have also agreed to back our programmes across Scotland throughout the year too because that is what has the greatest impact on the people we work with every day. “

Philip Rodney, chairman of Burness Paull, said: “Supporting the larger community is an important part of our ethos and the reason that we recently launched the Burness Paull Foundation. We are therefore delighted to sponsor Team Scotland at the Homeless World Cup in Glasgow this year.

“Our relationship with  Street Soccer Scotland is an important one, and the Homeless World Cup is a fantastic initiative that we are proud to be part of. We’ll be supporting Team Scotland for a winning performance at the Cup this year!”