The City of Edinburgh Council is to take legal action over the Scottish Government’s decision to approve a masterplan extension at Edinburgh Marina. 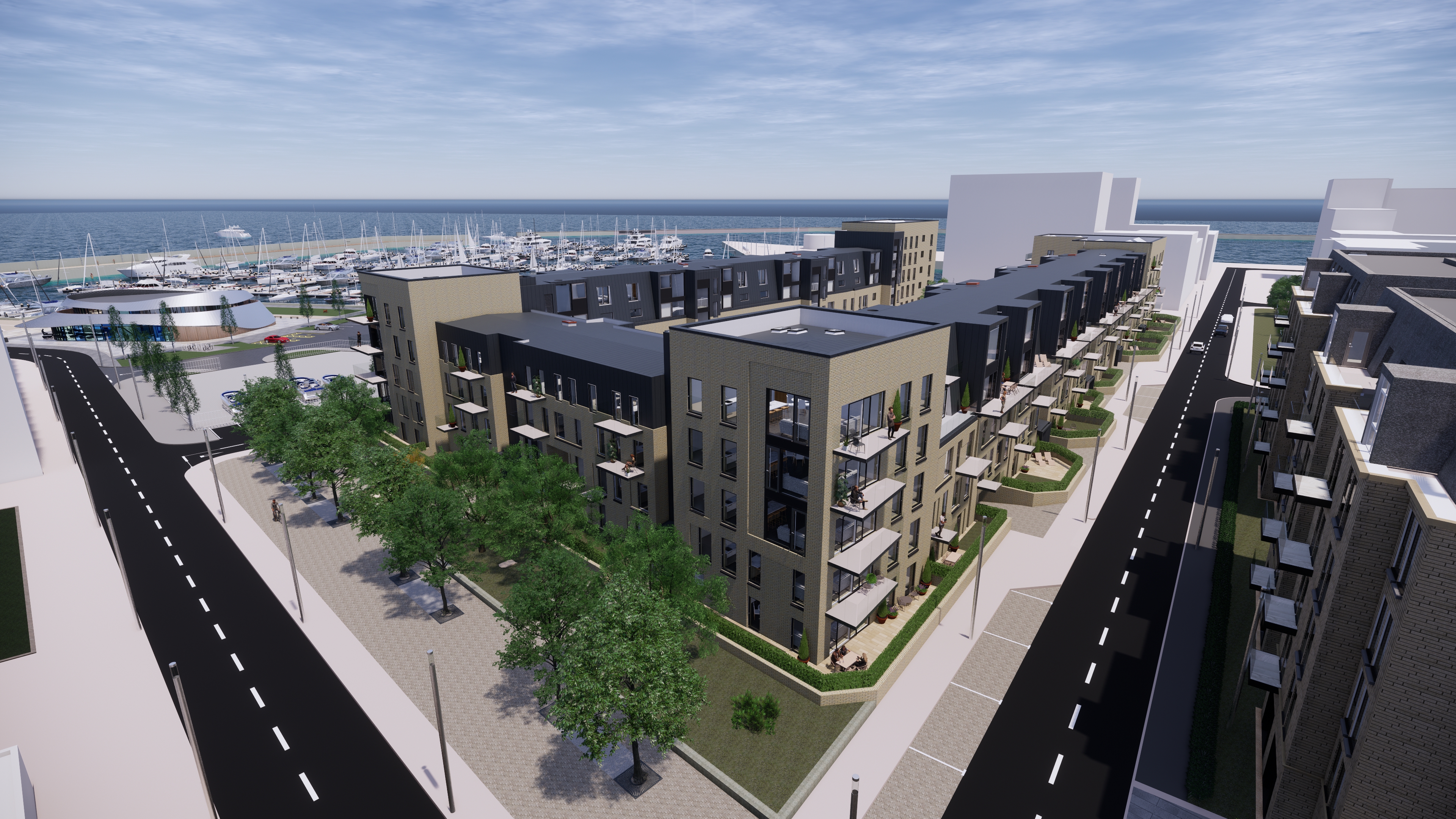 The decision comes after ministers overturned three separate planning rejections from the local authority at the site.

Edinburgh Marina Holdings, the developer behind the £500 million regeneration of the marina at Granton, had its proposals for 100 apartments, coined The Moorings, rejected before submitting an appeal to the Scottish Government.

Ministers then granted approval this week for the development, which will deliver one-, two- and three-bedroom apartments.

The government has also overturned another planning refusal for two other plots of the wider masterplan, including the Hyatt Spa & Conference Hotel.

Now the council is taking the decision to the Court of Session in a final attempt to stop the development.

A council spokesperson said: “We can confirm that we have commenced court action against the reporter’s decision.

“It would be inappropriate to comment further at this stage.”

The apartments will include duplex penthouses and garden apartments with their own private patio gardens overlooking the new Edinburgh Marina which will have 427 berths and 24/7 access at all states of tide. Prospective purchasers of apartments will have the opportunity to reserve a berth at the same time as they reserve their apartment.

Built around a landscaped garden, all apartments include an Electric Vehicle (EV) enabled secure underground parking space; this is believed to be the first apartment block in Scotland to incorporate this feature.

The application was refused planning permission by councillors in March due to fears the daylight of neighbouring properties would be impacted, the “quality of the space in the internal courtyard being heavily overshadowed” and a lack of green space for future residents.

But in his decision notice, Scottish Government reporter Andrew Flemming said there are “no material considerations which would still justify refusing to grant planning permission”.

He added: “I find that the layout, materials, design, height and density of the proposal are appropriate to the location… the proposed use of zinc cladding and larger windows on the upper floors and recessed vertical sections all contribute to a modern appearance, in keeping with the completed blocks.

“This helps to provide a sense of place which ties in with the council’s aspirations for the wider masterplan area and drawing on the positive characteristics of the area.”

In addition to The Moorings and a retirement living development, the Edinburgh Marina masterplan includes the new 427-berth Edinburgh Marina, Hyatt Regency Spa and Conference hotel and serviced apartments and local neighbourhood shopping with a medical centre. Phase one of the development will create over 850 permanent new employment opportunities for the local community.

Charles Price, a spokesman for Edinburgh Marina Holdings, told Scottish Housing News: “We are very surprised to hear of the City of Edinburgh Council’s decision to take the Scottish Government to Court over its recent approval to extend our masterplan consent.

“We have spent a great deal of time and effort attempting to work with Edinburgh Council to meet their needs. We believe, as does the Scottish Government in their findings, that this development meets the world-class standards that we have sought to achieve.

“Edinburgh Marina will be an iconic landmark for Scotland greatly enhancing the area which is currently a wasteland. In addition to several apartment blocks, the proposed development will provide luxury retirement living, the new 427-berth Edinburgh Marina, Hyatt Regency Spa and Conference hotel and serviced apartments and local neighbourhood shopping with a medical centre.

“Phase one of the development will create over 850 permanent new employment opportunities for the local community, together with one of the highest percentage of affordable homes. To be holding this up at this stage is a tragedy.

“Against this background, it seems very wrong that public money should now be spent to oppose the government’s decision. There will be no delay as a result of this application because we have now obtained detailed planning consent for all our schemes.”