A key to unlocking the UK’s housing crisis lies in tackling the under-occupation of family homes where there are more than 15 million ‘surplus’ bedrooms, according to a new report from the Centre for the Study of Financial Innovation (CSFI). 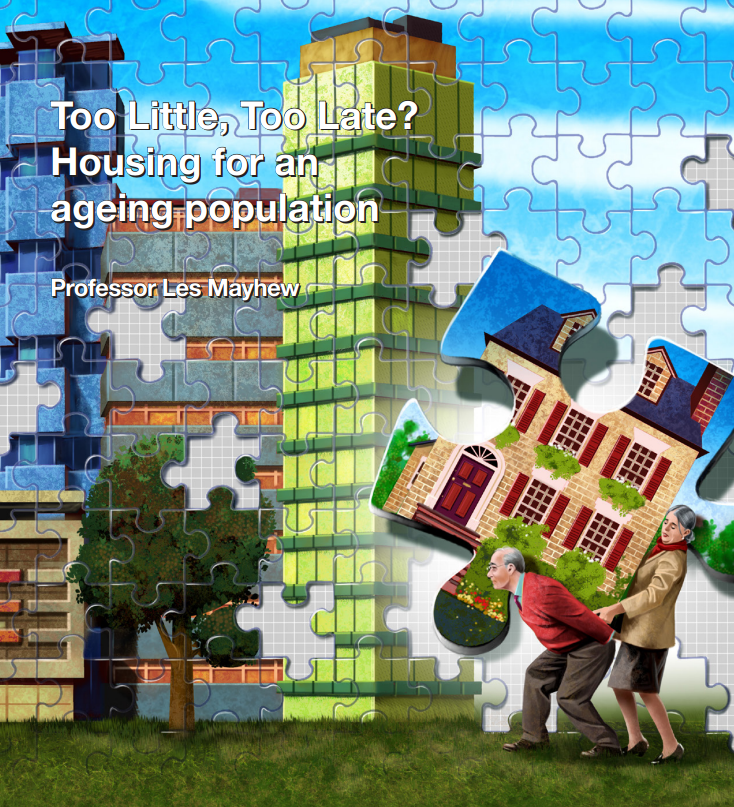 A key message of the report by Professor Les Mayhew, of Cass Business School, London, is that the under-occupation is concentrated in the older population, who tend to live in couples or alone, and therefore that older people should be encouraged to downsize. But the UK’s dearth of age-friendly housing means there is a lack of options for the millions who are open to moving, so they tend to stay put.

Analysis by Professor Mayhew shows that if nothing is done, the overall bedroom ‘surplus’, where there is more than one bedroom per person, is projected to top 20 million in 2040, with nearly 13 million in households aged 65+.

The growth in older households – over half of them one-person – is set to account for 36% of the projected 3.7 million increase in the number of UK households by 2040. The need for change is illustrated by the fact that a mere 2.5% of the UK’s 29 million dwellings are defined as retirement housing – the overall stock is heavily skewed towards houses with three or more bedrooms.

According to the report, an indicator of the policy vacuum is that while the increase in the ageing population has been clear for decades, the building of homes for the retirement market peaked before 1990 and has fallen precipitously since then. In the past decade, an average of little more than 7,000 units have been built each year. This compares with an expected average annual rise of 180,000 in the number of 65+ households to 2030.

It is not just the cold numbers that point to the need for downsizing as people age, Professor Mayhew adds. Surveys have found that up to a third of older people like the idea, but only a small fraction actually does so. Barriers include: a failure of local authorities to plan for and permit the building of age-appropriate housing, the cost of stamp duty and anxiety about the level of charges in leased retirement dwellings.

The report calls for action from the public and private sectors in a holistic approach that takes health and social care needs into consideration. To this end, recommendations include the creation of a national strategy for housing older people, with requirements placed on local authorities to plan for its implementation. Planning permission must be easier to obtain. To improve incentives, ‘last-time’ buyers should be put on the same footing as first-time buyers for stamp duty exemptions.

Professor Mayhew points out that if more family homes were freed up by downsizing, the benefits would cascade down the housing ladder as families were enabled to ‘upsize’ and more first-time buyers could get on to the bottom rung. More efficient use of the existing stock would reduce the pressure to “just build more” as a solution to the UK’s housing shortage.

For Professor Mayhew, the demand is there as baby boomers seek to redeploy housing equity into smaller, more convenient homes with independent living and easy access to services. Studies have shown that there are health and wellbeing benefits for residents, which can translate into savings for the NHS – fewer visits to A&E and fewer beds taken up by older people. Pressure on local authority spending is also reduced through delayed transfer to care homes and more efficient delivery of social care to individuals.

Jane Fuller, co-director of the CSFI, said: “COVID-19 has shone a light on problems with care home accommodation. Equally, however, the dispersion of elderly singles or couples throughout mainstream housing imposes extra strain on social service provision. What this report proposes – encouragement for such people to move into age-appropriate accommodation – is a happy medium: one in which independent living can be encouraged, but in which provision of social care can be optimised.”

Michael Voges, executive director of the Associated Retirement Community Operators, said: “The UK’s lack of supply of housing-with-care means that many older people spend more time in hospitals than they need to and have few choices if they wish to move to more appropriate housing.

“This lack of alternatives comes at great cost to the NHS and social care sector and exacerbates the social care crisis. A transformation in housing provision would also allow hundreds of thousands more older people to live healthier, happier and more independent lives.”

ARCO, along with Cass Business School, provided financial support for the report, which was researched, written and edited independently by Professor Mayhew and the CSFI.

For the industry and its customers