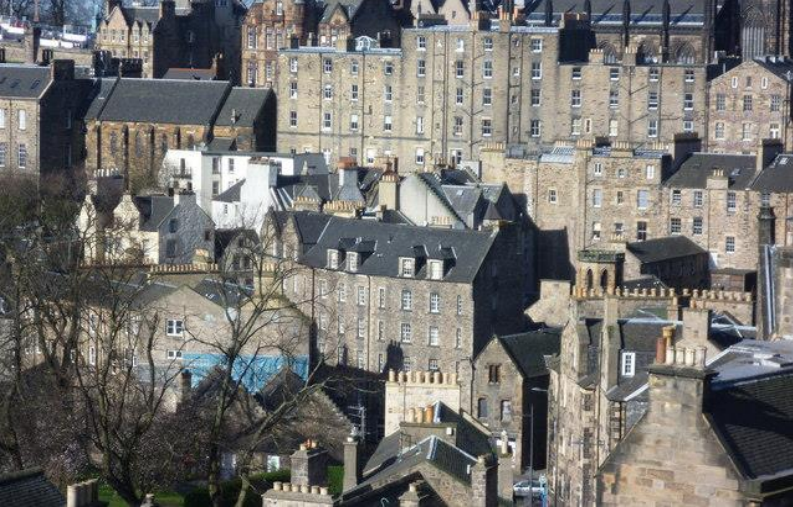 The rapid growth of the collaborative economy has connected individuals and communities via online platforms and enabled the sharing or provision of goods and services, assets and resources without the need for ownership. These developments have enabled the expansion of online accommodation platforms, or non-traditional short-term lets, like Airbnb, raising substantial planning and regulatory concerns in major cities around the world.

Last week, we hosted the latest in a series of CaCHE seminars, this time focused on evidence and experiences of short-term lets from three global cities: Sydney, Dublin and Edinburgh. We welcomed guest speakers from Australia and Ireland, and we heard from leading thinkers in Scotland, who each shared findings from their respective works on these three cities. A series of blogs from each of our speakers will follow shortly.

Three cross-cutting themes emerged from the presentations and discussion, each of which strike me as particularly important in the debate around the growth and impact of short-term lets. The first is the need for balance – our speakers highlighted several pros and cons associated with short-term lets which need to be considered in formulating a response to the rapid growth of Airbnb and other online platforms. The second and related theme is therefore regulation and how we design a regulatory framework that can strike the right balance between harnessing some of the positives while also addressing the negatives. The third was the need for better, more reliable data to monitor the growth of the sector and evaluate outcomes, which includes assessing the effectiveness of policy responses and regulations in cities like Sydney, Dublin and Edinburgh.

There is first a need for balance between the needs of local economies and the needs of local communities. John Boyle, Director of Research and Strategy at Rettie & Co., highlighted the potential benefits that short-term lets can bring to local economies in the way of jobs and increased economic activity. He also drew attention to increased choice for landlords, guests and visitors, and the flexibility that short-term lets can bring to labour and housing markets.

But these potential benefits are perhaps more than offset by negative impacts, like the loss of residential housing and the impact on local communities. Nicole Gurran, Professor of Urban and Regional Planning at the University of Sydney, showed how whole home listings, frequently available for short-term let, make up a significant proportion of annual new housing supply in several cities around the world (25% in Sydney, but even higher at almost 60% in San Francisco and London), which is problematic in cities like Sydney where new supply is needed to meet population growth. And the figure rises to over 90% if we look at whole homes for short-term let as a proportion of total rental supply in Sydney. In Edinburgh, as population and households rise, rental stock and private rented sector households have fallen while Airbnb listings have risen.

A regulatory framework must try to achieve some balance, and, in Scotland, the Scottish Government are aware of this. In their response to the Collaborative Economy Report (July 2018), Government stated: “We understand the calls for new controls over short-term letting of residential properties in some areas of the country. We must strike the right balance for our local economies and communities”. Scottish Government have engaged stakeholders in a consultation on a new regulatory framework for Scotland, which closed earlier this week and received several hundred responses. They now have the unenviable task of designing, implementing and ultimately enforcing effective regulation of short-term lets. In so doing they might look at evidence from elsewhere, including Ireland. Oona Kenny and Martin Grehan, who joined us from the Dublin Housing Observatory (DHO) – a new housing policy, research and strategy unit within Dublin City Council – shared details of the new regulatory framework for rent pressure zones in Dublin where short-term letting requires planning permission and is time-limited. While lessons can be learned from other cities globally, a regulatory framework for Scotland must provide solutions that fit the context and distinct needs of Scotland, starting with a clear statutory definition of what we mean by short-term letting in this country.

The final theme emerging from last week’s seminar is the need for better data. If research is to be robust and local regulations monitored and enforced, there is a need for more open, accessible and reliable data. Inside Airbnb provides some good data but, as Oona and Martin from the DHO pointed out, there are no scheduled updates, the data are not validated and there is no data dictionary. Dan Cookson, an independent housing and spatial information specialist, expressed his doubts about data scraping and noted difficulties in measuring the potential impact on PRS supply and rent levels in Scotland because there are no definitive indicators of supply, rents, short-stay supply or usage across all platforms, which, as he noted, means we must resort to proxies, surveys and scrapes. Data limitations were also highlighted by David McArthur, Associate Director at the Urban Big Data Centre, who presented a fascinating analysis on identifying neighbourhoods vulnerable to short-term letting. Being able to identify vulnerable areas would no doubt be hugely beneficial for policymakers and regulators, but lack of available data on, for example, on occupancy rates, forces analysts to make several assumptions which introduce uncertainty and restricts the reliability of results.