A unique partnership project set up by Dunedin Canmore Group and Edinburgh based homelessness charity Four Square, equips vulnerable homeless young people aged 16-21 years with confidence and skills that enable them to address personal issues, take up employment & education opportunities, and importantly, manage their own tenancy.

Set up as a small pilot over 3 years ago and designed with ideas and assistance from homeless young people themselves, the project now has 20 individual furnished flats centred round an office base in a popular part of Edinburgh. Two dedicated staff provide daily support, helping young people over areas such as setting up home, cooking, shopping, money management, health, neighbours, gatekeeping, social isolation, employment training and tenancy responsibilities. There is a 24 hour telephone advice service. 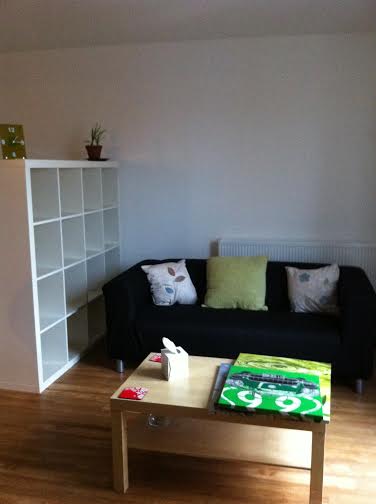 Young people move into a training flat following a period in one of the short stay hostels managed by Dunedin Canmore/Four Square. They can stay for up to a year on a SSST and if successful, are offered a permanent tenancy in the area of their choice with Dunedin Canmore Housing.

The Training Flats Project has been highly successful, with 75 per cent young people in employment, education or training and a 100 per cent record of sustainment of permanent tenancies.

The average age of young people is 18, with some 50 per cent having Care backgrounds.

Bob Stewart, homelessness services director for Dunedin Canmore Group, said: “For most young people, the journey from homelessness to independent living can be a daunting and frightening prospect. The Training Flats Project has shown that with the right support and access to high quality accommodation, vulnerable young homeless people can realise their hopes and aspirations and importantly, break the cycle of homelessness.”

‘Jean’ was 18 when she moved into her training flat.

She said: “I was scared at first as I had never lived on my own but with help from staff I got my confidence back and learned how to cook, look after my money and look after my flat.”

She has settled into her permanent tenancy near her mum with whom she has resumed contact.

“Jean” has gained a Social Care qualification and is now working as a support worker with a local charity.