Edinburgh World Heritage has completed major conservation work on the last of three historic tenements on the Canongate comprising of 16 residential dwellings and five shops. 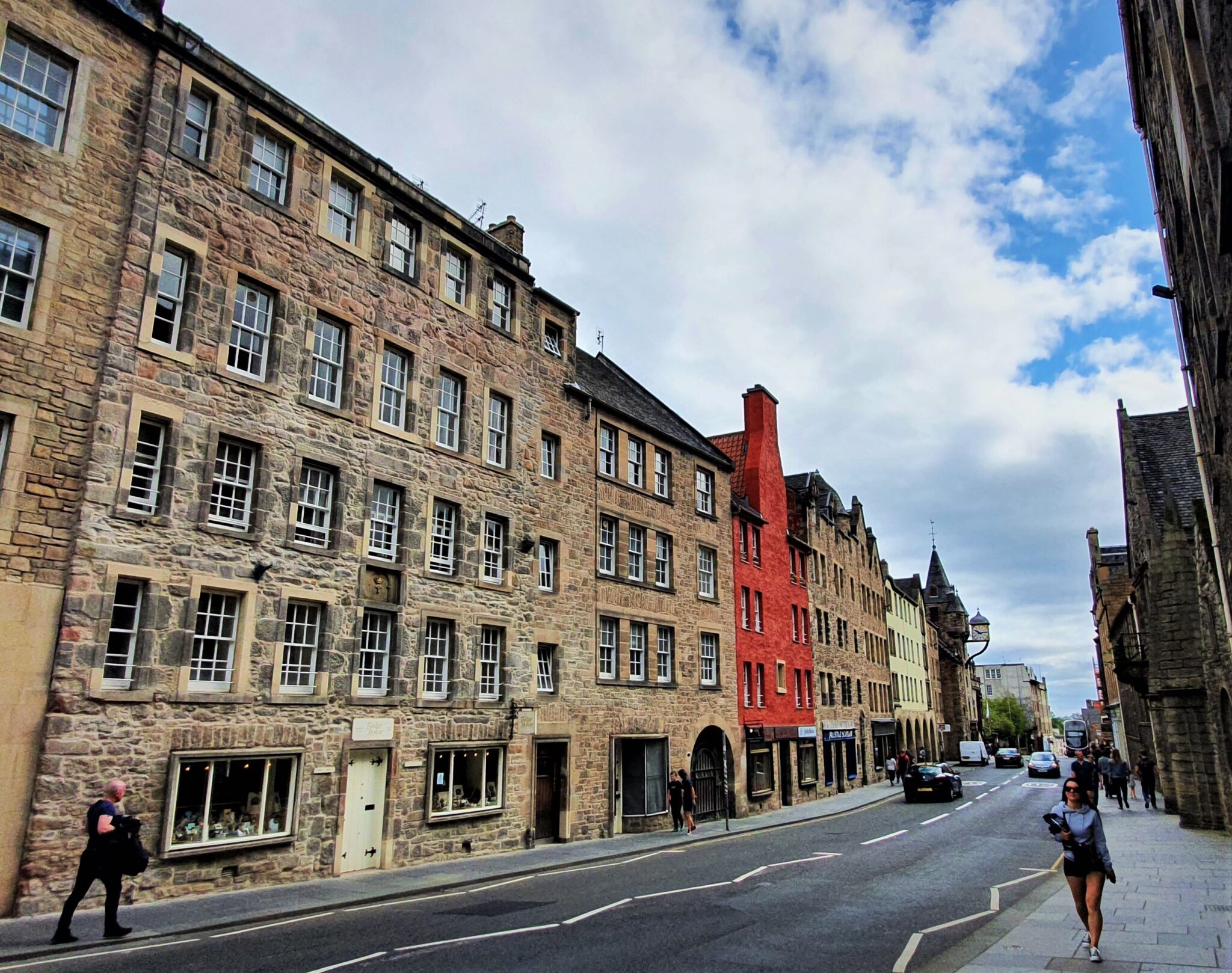 Work was funded by the charity’s Conservation Funding Programme, which is supported by Historic Environment Scotland. Edinburgh World Heritage also provided expertise, advice and support to the residents and shop owners throughout the project.

Also known as cordiner’s land, 195-197 Canongate is a 17th century tenement, which, together with its neighbours, embodies an important part of the Old Town, part of the Old and New Towns World Heritage Site. The cordiners were tanners, curriers (people who prepared leather for sale) and shoemakers who derived their title from the French “Courdouanier” meaning “of Cordova”, the source of the finest leather at the time.

In 1825, they rebuilt the front half of the tenement and it became their meeting-place. The cordiners would also have sold their goods in the premises on the ground floor of the tenements, known as ‘luckenbooths,’ a purpose these tenements retain to this day. Throughout this period, the Canongate was its own royal burgh, established by King David I in 1128, and independent of Edinburgh until the two were united in 1865.

In the mid-20th century, these three tenement buildings were part of the substantial restoration of the historic Canongate Tolbooth area spearheaded by city architect Robert Hurd. His proposals respected the scale and nature of existing buildings and retained much of the original fabric of the buildings.

Further conservation work, grant-aided by Edinburgh World Heritage, was completed in 2015 to 183-187 Canongate, a 300-year-old tenement, also known as ‘Bible Land’ after the carved stone cartouche on its frontage, and in 2019 to 189 and 191 Canongate, probably best identified by its striking red lime harling and limewash, reinstated as part of its conservation.

The restoration and conservation of 195-197 Canongate, a five-storeyed, six-bayed block, was carried out by David Willis at CLWG Architects and retained the traditional features of the tenement. These include repairs to the rubble and dressed stonework, timber-framed multi-paned sash and case windows and the carved panel in one of the central bays between the first and second floors which displays the emblem of the cordiners (shoemakers). Additional work included repairing chimney heads and gables, overhauling roofs, gutters and flashings, repairing the south external masonry wall, removing loose paint and re-painting the north elevation, and repairing rainwater goods.

Brenda Clark, the representative of the residents of 185 Canongate, said “Edinburgh World Heritage’s support and expertise in the field of restoration of historic buildings was invaluable. We were delighted to see our neighbours in the tenements next door follow suit and the rear elevation of the buildings look very impressive. We are now trying to persuade our neighbours in the adjoining building overlooking Gladstone Court to tackle the repairs to their building and would encourage them to approach Edinburgh World Heritage for their help and advice.”

Christina Sinclair, director of Edinburgh World Heritage, said: “The Conservation Funding Programme provides invaluable support to residents and owners of traditional buildings in and around the World Heritage Site to help them organise, to provide them with expertise, and to offer practical financial support, from beginning to end. Following the success of the conservation work at 195-197 Canongate, we are exploring how to better engage communities in areas outside of the World Heritage Site.”

“The conservation work carried out in the Canongate is a perfect example of a community working together. I hope other property owners see the incredible difference it makes and feel compelled to follow suit.”