Tenants from two housing associations have helped steer their communities to a five-star award.

Environmental teams from Dunedin Canmore and West Lothian Housing Partnership (WLHP), both part of Wheatley Group, worked with residents to spruce up their neighbourhoods and keep them looking spick and span all year round.

And experts from Keep Scotland Beautiful, who carried out inspections, were so impressed they awarded the communities in Edinburgh and West Lothian five stars – the highest grading possible.

Tenant Mary Johnstone, 73, has noticed a big improvement since the new NETs launched. Her community in the south of Edinburgh was visited by inspectors as part of the assessment. She said: “They’re lovely guys. They’re great fun. They take more pride in what they’re doing and really take their time. I’ve even noticed them doing our driveway.

“They give me a laugh and a chat and I want to say well done them on the award. I think it’s marvellous.

“I love my garden. I don’t do lots in it but my daughter-in-law who lives next door spends a lot of time making it look nice.

“I think it’s important to keep your own area looking smart.” 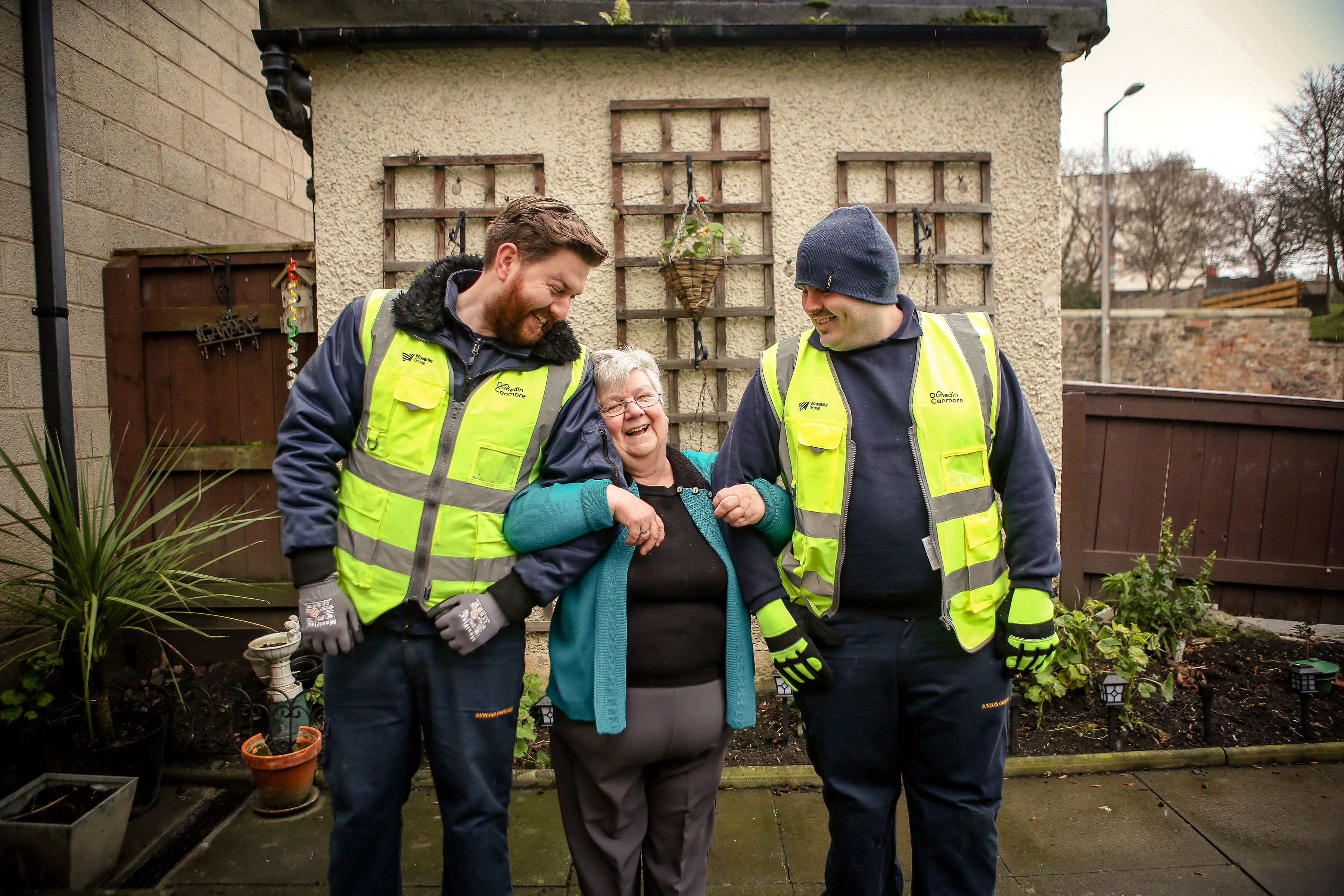 Keep Scotland Beautiful has its own prestigious National Award for Environmental Excellence and has been working with staff and tenants across Wheatley, including Dunedin Canmore and WLHP, to improve communities.

“We know that clean green spaces and living environments have a positive impact on health and wellbeing of people and the work done by the Neighbourhood Environmental Teams has resulted in a merited five star rating.”

The experts visited Oxgangs in the south of Edinburgh, Broomhouse Square in the west and Port Hamilton near the city centre. And in West Lothian they visited Gowanlea Court, Leyland Road and Bridgend Court.

They were particularly impressed by the appearance of buildings inside and out, the cleanliness and look of back courts and green space, and high levels of maintenance and attention to detail.

They also highlighted excellent recycling facilities, good engagement with customers and the extra details the gardeners carried out such as flower displays.

Director of housing Alan Glasgow said: “We want all our tenants to be proud of where they live.

“This award from Keep Scotland Beautiful reflects the hard work that customers and our environmental teams have put in to make our communities great places to live.”