Scottish Labour will launch its general election campaign in Glasgow today with a pledge that a UK Labour government will fund the building of 120,000 homes at council and social rents over ten years. 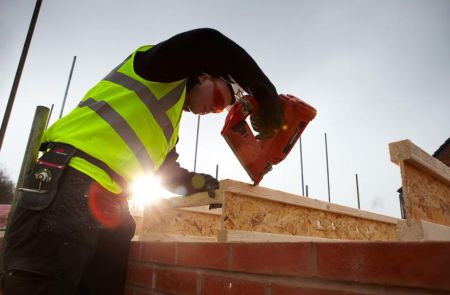 Party leader Richard Leonard will claim that his landmark policy is designed to end homelessness “once and for all in Scotland” as well as creating almost 50,000 jobs.

It will be funded through the National Transformation Fund that a UK Labour government will set up to transform the economy in the interests of the many.

Labour said it seeks to provide social homes for all of those currently on housing waiting lists, and those who find themselves in temporary accommodation as a result of applying for homelessness.

The funding from the National Transformation Fund would allow the Scottish Government to provide two thirds of the funding social landlords – and crucially local government – need to build these homes, the party added.

This would reduce the need for local authorities to borrow to build, would lower social rents long term, reduce the cost of living for those on low incomes and minimise the risk of eviction.

“And today I can announce that at the very heart of that, £10bn will be invested from Labour’s new National Transformation Fund to build 120,000 council and social homes in Scotland over the next 10 years. Labour will tackle Scotland’s housing crisis, we will provide a home for everyone – and we will end homelessness once and for all in Scotland.

“And in so doing, we will generate almost 50,000 jobs, here in Scotland – giving our young people the work and the skills they need to prosper.”