New board members appointed at Albyn 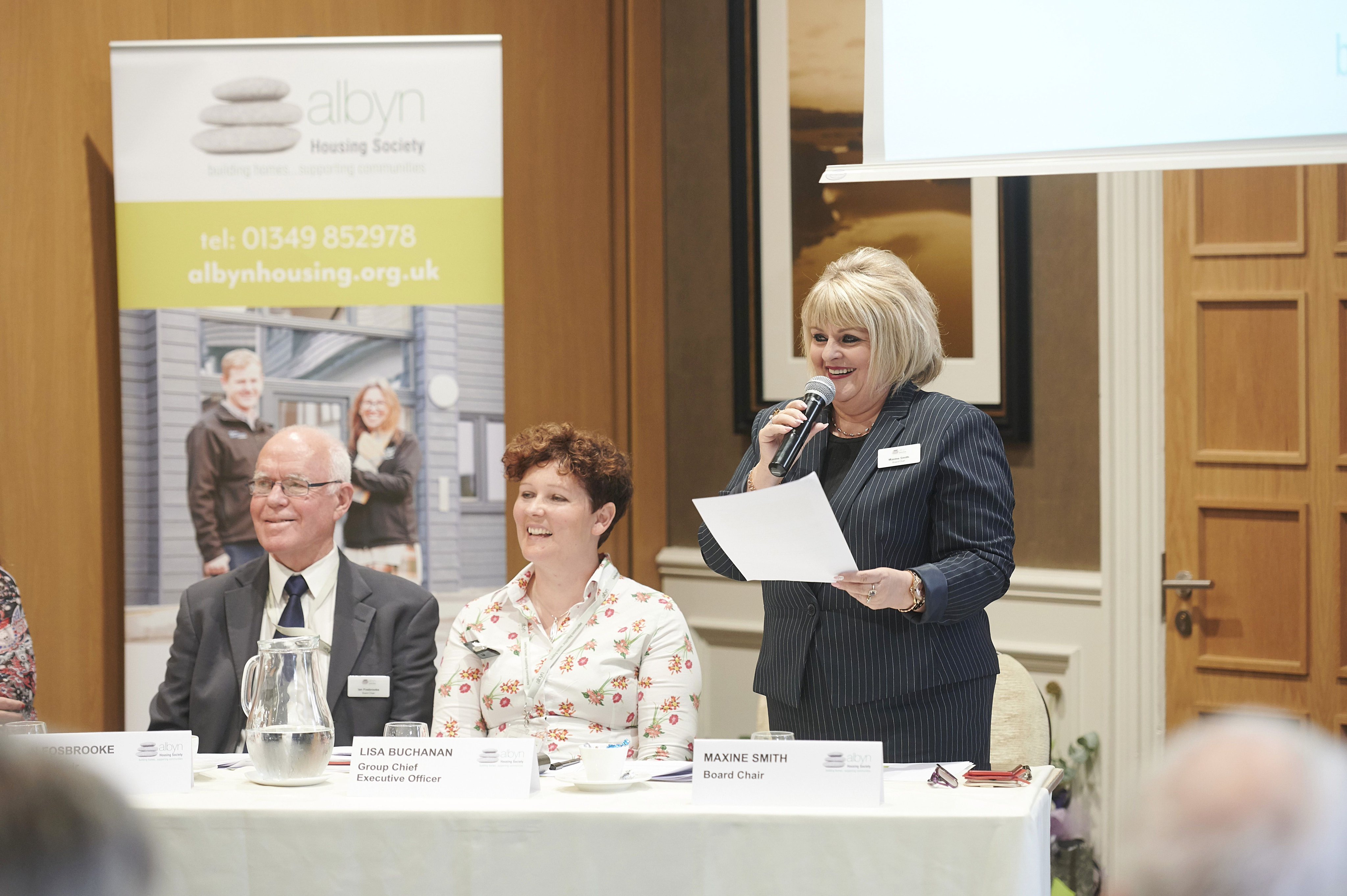 Five board members had retired during the year, which left the Association with nine vacancies.

Former co-opted members Justine Carr and Raymond Bremner were voted on to the board as full members.

In addition, Glynis Campbell-Sinclair and Ann Boon were appointed as new board members.

The AGM was attended by about 50 people in all, who heard a thought-provoking talk made by guest speaker Susan Aktemel, chief executive from Homes for Good. Susan discussed her inspiring tale of setting up and establishing Homes for Good as a leading disrupter in the social housing scene in Glasgow.

Board co-chairs Maxine Smith and Ian Fosbrooke gave a positive update on Albyn’s progress during the last year and thanked all staff and customers for their hard work in achieving this.