Ovo Energy to pay £8.9m for communications and billing issues 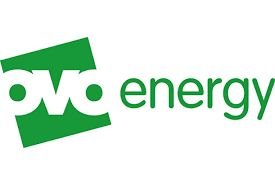 Ovo Energy has agreed to pay £8.9 million for issuing inaccurate or incomplete information to customers, and for under and overcharging customers due to IT issues.

Ofgem said the breaches occurred while Ovo did not put enough attention to ensuring its processes and governance were capable of complying with the watchdog’s rules.

Ovo Energy has since put in place measures to make sure this doesn’t happen again, including investments in technology and implementing appropriate compliance procedures.

The energy provider accepted that, for a period of over five years, failings in its IT systems and compliance processes resulted in too many customers receiving inaccurate or incomplete information.

Ovo Energy did not self-report the majority of the issues despite being aware of them and was slow to put things right.

The firm now accepts and has corrected these breaches, including refunding its customers affected by overcharging on the prepayment meter cap. It has also written off all amounts owing from customers who had been charged at the wrong rates.

It has agreed to pay £8.9m into a voluntary redress fund to help vulnerable customers.

Anthony Pygram, director of conduct and enforcement at Ofgem, said: “Ovo Energy billed a number of its customers incorrectly and issued them with inaccurate information.

“Our enforcement action sends a strong message that suppliers must get basic services right for all their customers. Ovo Energy has accepted the breaches and put processes in place to comply with the rules in future.”

Citizens Advice Scotland energy spokesperson, Dr Jamie Stewart, said: “Customers who give their patronage to an energy company are entitled to fair treatment and that includes accurate billing. With Ovo taking on SSEs retail business they will have a significant market share in Scotland.

“The regulator is quite right to require Ovo to make this payment and it is good that the money will go directly to vulnerable customers. However, it is concerning that Ovo did not report these issues themselves. This shows the value in having a strong regulator.”

Meanwhile, Utility Warehouse is to refund and compensate 3,430 Warm Home Discount customers with £450,000 after it overcharged them, due to a system error, when the price cap was applied.

The supplier will pay a further £200,000 into Ofgem’s voluntary redress fund, in recognition of the seriousness of the breach and the impact on potentially vulnerable customers.

In December 2019, Utility Warehouse discovered that 3,430 of its customers who receive the Warm Home Discount payment, but pay for their energy when they receive a bill, were paying above the correct default tariff cap level between January and November 2019.

Utility Warehouse quickly self-reported the issue to Ofgem, confirming that an overcharge of £150,000 had occurred. The supplier’s systems were swiftly updated to correct the issue.

Utility Warehouse is in the process of issuing full refunds to all 3,430 customers who were overcharged, in addition to an extra £300,000 of proactive goodwill payments.

An additional £200,000 will be paid into Ofgem’s voluntary redress fund by Utility Warehouse.