Energy provider People’s Energy is expanding to create an initial 100 new jobs over the next few months after it joined South of Scotland Enterprise as new tenants of Ettrick Riverside Office Space in Selkirk. 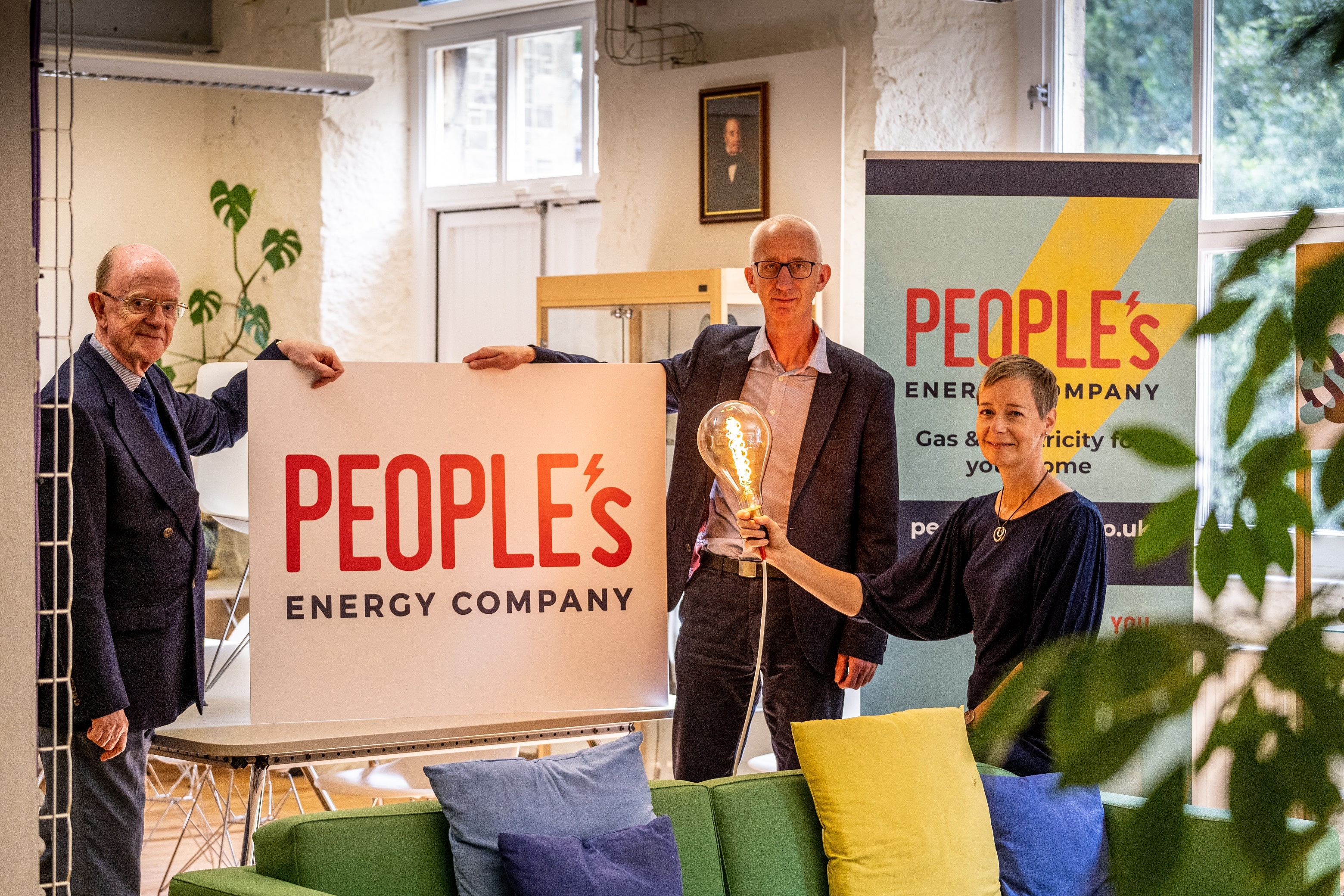 Husband and wife entrepreneurs Karin Sode and David Pike, who launched the company after they became frustrated with the lack of ethical and transparent energy providers in the market, spotted an opportunity to tap into the talent in Selkirk left behind when OVO Energy closed its office there earlier this year, at the loss of around 400 jobs.

Professor Russel Griggs, chair of South of Scotland Enterprise, said: “People’s Energy’s expansion into Selkirk and the potential of new jobs is fantastic news for the community.

“The Borders has a fantastic reputation for high quality customer service and expertise in the energy sector and I see this as a much-needed boost for Selkirk, and the wider South of Scotland economy.

“As we start to move through the route-map out of the COVID-19 crisis, the creation of job opportunities for local people will be an invaluable contribution in rebuilding our communities and businesses.

“I’d like to offer a personal welcome to People’s Energy and we look forward to working closely within the coming months and years.”

David Pike, CEO of Edinburgh-based People’s Energy, said about the expansion: “We’re really excited about opening a new office in Selkirk as the next step in our journey towards eradicating fuel poverty in the UK. The region has a highly talented workforce and we look forward to creating around 100 new jobs over the next eighteen months. We’re especially pleased to be creating local employment during the current health and economic crisis, when so many jobs are being lost.

“From small beginnings three years ago, we’re now a rapidly growing gas and electricity supplier with a purpose, serving 180,000 customers across the UK. Looking to expand our operations, we were thrilled to be offered high-quality business space in Selkirk in addition to our existing offices in Shawfair, Edinburgh and Musselburgh.

“People’s Energy is a social enterprise with the welfare of our communities at the heart of everything we do. We’re the only Community Interest Company energy supplier in the UK, dedicated to ending fuel poverty, rather than profiteering. We’re green and ethical and always put people and the planet first.

“We’re looking forward to working in partnership with South of Scotland Enterprise to support the local economy. We’ll deliver secure employment for a minimum of 100 people initially and we expect to create more jobs in the future. And we’re looking forward to welcoming new customers in the Borders who share our vision for a better, fairer world.”

Rural economy secretary Fergus Ewing said: “The Scottish Government is committed to attracting new businesses to the region and developing the South of Scotland’s economy to its full potential.

“I am delighted that People’s Energy has chosen Selkirk as the base for its new offices, bringing new employment opportunities to the area and helping to regenerate the local economy.”