A Scottish charity seeking to ensure that homeless people are kept safe from coronavirus – by finding them accommodation in dedicated hotel space – has issued an urgent appeal to help make it happen. 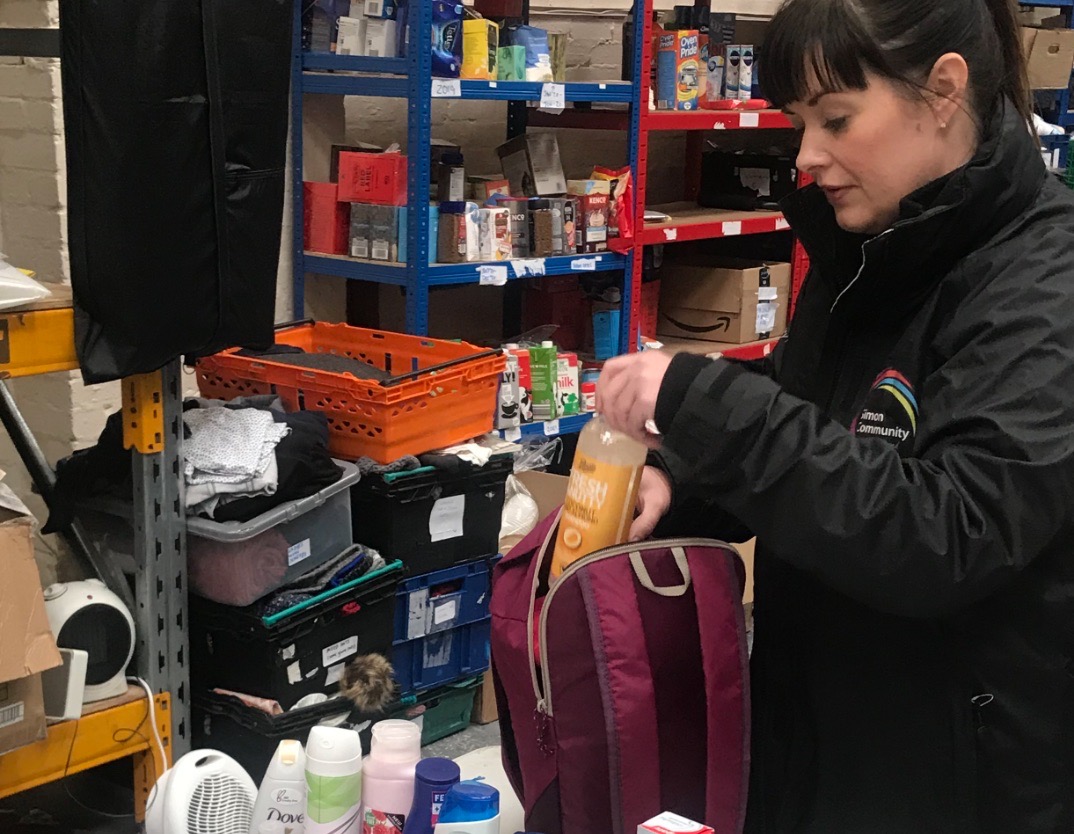 Simon Community Scotland has sourced the use of two hotels – one in Glasgow, the other in Edinburgh – to provide homeless people with the isolation and care required so that are not exposed to the virus.

At the weekend, it was announced the charity had secured £300,000 from the Scottish Government, to acquire the hotel space.

But, experiencing higher-than-anticipated pressures on its budget – for instance, running the hotels with newly-recruited and trained staff with access to personal protective equipment (PPE) – Simon Community Scotland has set up a crowdfunding appeal to raise sufficient funds.

Any money raised will also provide essentials such as toiletries, pyjamas and underwear and so-called ‘kettle food parcels’ that allows for the cooking of dehydrated food. Until Monday evening, a Simon Community Scotland resources warehouse in Glasgow’s Reidvale Street was accepting donations of these ‘essentials’. But that has since had to be locked down, placing a further burden on having to raise money, for their safe purchase.

The fundraising campaign – SCSCOVID19 – can be found on the JustGiving website.

Simon Community Scotland is headquartered in Glasgow and operates the Streetwork service in Edinburgh. The charity recognises that it is appealing for support at a time when many families are facing uncertain financial times.

The campaign has been given a social media hashtag, #GiveHope.

Neither of the hotels are being identified. On Monday evening, the first of the Glasgow hotel being in operation, some 11 people who were rough sleeping in the city were safely accommodated. The charity expects to be at capacity (40) within the week.

The Edinburgh hotel also has a capacity of 40, with the charity gearing itself up to provide longer-term housing for those requiring emergency hotel space.

People are being identified for the hotel accommodation by the Simon Community Scotland Street Team, which operates 365 days a year and is highly experienced in finding possible solutions for homeless people in urgent need of support.

Simon Community Scotland’s chief executive, Lorraine McGrath, said: “We are all facing the most extreme challenges, but perhaps none more so than people who have nowhere to sleep, never mind keep themselves at a safe distance.

“Everyone at Simon Community Scotland is working tirelessly to ensure there is access to safe places with support and care onsite.

“We need your help to make that possible for everyone. We are working closely with our partner providers and local authorities with the support of the Scottish Government to get accommodation and access to health care in place.

“We now need to make that accommodation somewhere where people feel safe and comfortable with everything they need so they can socially distance themselves from risk.”

Ms McGrath added: “That’s where every one of you and our local business community can help. We need funds to react to the changing pressures and needs, we need basic mobile phones and top-ups to ensure people can call for help and keep in contact, we need new and unused underwear, pyjamas and toiletries and we need foods that can be easily consumed with no more than a kettle.

“We are grateful to every single person who has contacted with support so far – together we can #GiveHope to people who are experiencing homeless.”