Around 100 Dundee City Council staff and partners braved the elements and took part in the world’s biggest sleep-out to raise funds to tackle homelessness. 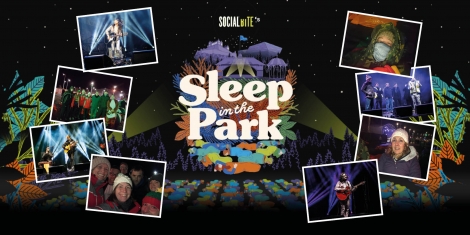 This was the first year that Social Bite held a mass sleep out event in Dundee, with simultaneous events also held in Glasgow, Aberdeen and Edinburgh.

“The response we’ve had from staff and partners has been amazing and shows the city’s resolve to come together for some of the most vulnerable people in society.”

Dundee City Council is one of five pathfinder councils in Scotland for the Housing First model which puts more focus on early intervention and support, finding out why people become homeless and developing ways to address that.

Intensive support is essential to the success of Housing First tenancies and this is being co-ordinated and commissioned locally by a consortium of third sector homelessness providers, led by Transform, with tenancies provided by the council and its Registered Social Landlord partners.

Councillor Alexander added: “We are aware of the complex issues surrounding homelessness and we work closely with our partners to ensure that the services we provide meet the need.

“People are at the heart of everything we do and we are committed to tackling homeliness in the city.”